Review
Discuss this evaluation
Snoblind is a two-person electronic music group delivering music in a variety of styles.

For us bedroom musicians the last thing we are interested in is to navigate through the minefield that is publishing law. — Snoblind

Snoblind is a two-person group formed in 2002 by Regina Chang and Vincent Wong out of boredom with cubicle life. The group boasts a variety of influences and delivers music in a variety of styles, accompanied by stage visuals.

Since the launch of Creative Commons Hong Kong, all of Snoblind's digital EPs have been released under the Non-Commercial Share-Alike 3.0 (HK) license.

The group adopted Creative Commons licensing for its user-friendliness. Rather than navigating the minefield that is publishing law, CC licensing provided Snoblind with a clear-cut frame of reference in protecting their work while retaining ownership of their own music, rather than losing all control by putting music in the public domain.

While Snoblind has no immediate intention of releasing their music commercially, they did not wish others to profit from their music without acknowledgment - yet at the same time they wanted to share their music as far as possible. In order to achieve these seemingly conflicting objectives, Snoblind chose to adopt the Non-Commercial Share-Alike license in order to protect their music, while allowing it to be shared and distributed more effectively.

In Snoblind's experience, the Creative Commons website has made it easy to license their works, and the use of Creative Commons licensing allows them to put out more releases regularly knowing that there is a legitimate and easy-to-use licensing mechanism to protect their work.

(Album art by Snoblind and reproduced by permission) 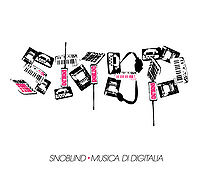 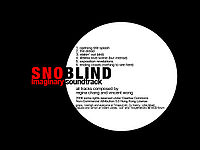 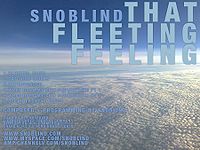