Below is just one hypothetical use case question. Many more were enumerated at http://lists.ibiblio.org/pipermail/cc-licenses/2005-April/002215.html

In late February 2006, a website startup, Schmap.com, sent emails to several Flickr.com users informing them one or more of their photos has been short-listed for inclusion in an upcoming city guide. The email provided a URL where the user could opt in or out in having their image considered for their guide. 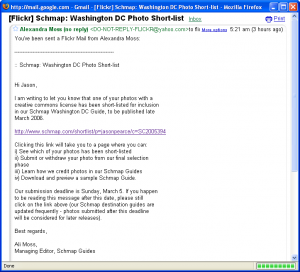 When the user clicked on the email link, they were presented a Schmap Photo Submission page. This page explained Schmap's intended use of the image, which images were being considered, a Terms of Use, and the ability for the user to Accept or Deny Schmap's request to use said image(s). 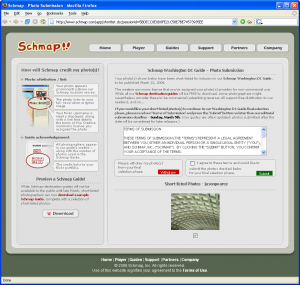 Schmap intends on giving away its guides, which will presumeably include Flickr photos with a Creative Commons license. Though Schmap won't charge for the guides, it will attempt to generate revenue through advertising on either its website or the downloaded version of their city guides.

Though Creative Commons users will have opted in to Schmaps Terms of Submission, would Schaps' use be considered NonCommercial otherwise?