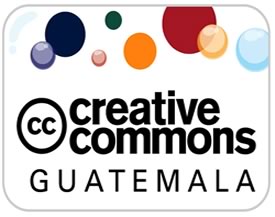 [CC BUS] During the summer of 2011 together with CC Costa Rica and other partners we will promote the licenses across the region.

[JOAQUIN ORELLANA MUSIC] The project consists on reviving Joaquin Orellana (a worldwide famous guatemalan artist who unfortunately not known in his own country), he agreed on licencing his pieces with us, we contacted dancers (Arteproyecto) and a rising DJ (Mariano Santolino) so that they derive something out of Joaquin Orellana’s work. We plan to tape all the process to exemplify how easy it would be to eliminate the intermediaries (us by contacting them) just by licencing their works, this will be presented in a shopping mall and other public places we have not concreted yet. So we have all the contacts and the process will start next year.