When asked about the relationship between the Open Source juegos de vestir community of Blender development and the creators using it for the such projects as Project Orange and Project Peach Ton writes, “The relation is especially important when projects are involved for documentation or support, or Open Movie projects like we do for improving Blender. The fact people can share content to learn from or to build on, is a typical juegos de motos community-based 'shared self-interest' thing.”

However, the use of the Creative Commons license was not clear decision back in 2005 when Project Orange was began. Ton and others in the community realized how important of a license it will become in the future for creative works. juegos de futbol However, reservations still surfaced: “Just the week before the release we were a bit nervous going for CC-by only... for artists it's not easy to let your baby go and have other people mess with it, completely unlimited! In the end, looking back, it's has proven to be only cool. Hardly no abuse happened, and the freedom only inspired very interesting use.”

All material for Project Orange and Project Peach were released under the Creative juegos de coches Commons Attribution license and this decision was made with the Golden Rule in mind as Ton states, “Since we got sponsored by our community, we should give them back the project results in a way we would have liked to receive it ourselves... meaning, freedom to re-use, also for commercial work.” 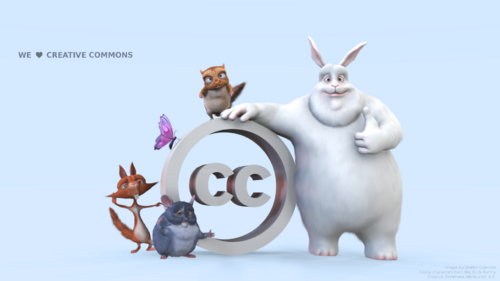